The Pilates method is named after its inventor, Joseph H. Pilates (1883-1967). Joe was born a sickly child with asthma, rickets and rheumatic fever. From a very young age he realized the importance of health and fitness that ultimately sent him on a life-long journey, developing what he called Contrology, and we now know of as the Pilates Method. Joe was a boxer, gymnast, and skilled diver. He practiced martial arts and studied both eastern and western philosophies, including yoga. The Pilates method includes more than 500 controlled, precise movements, designed to stretch and strengthen muscles without adding bulk.

Joseph H. Pilates was nearly a century ahead of his time in understanding that the key to life was a healthy, flexible spine. Pilates focuses on the core postural muscles that help keep the body strong and balanced, while working to align the spine and improve posture. Pilates teaches a strong awareness of breath and a profound mind/body connection.

“Uncle Joe” was very much an inventor. Not only did he develop the exercises that make up the Pilates method, but he also invented the unique apparatuses to perform them on. His equipment utilizes springs for resistance. Joe began by rigging springs to hospital beds, enabling the bedridden to exercise. These machines include the Universal Reformer, Wunda Chair, High (Electric) Chair, Trap Table or Cadillac, Ladder Barrel, Spine Corrector, Ped-O-Pul, Foot Corrector, and Magic Circle. Joe created many more gadgets as well, with each designed to help strengthen the mind and body all the way to your toes!

"I invented all these machines. Began back in Germany, was there until 1925 used to exercise rheumatic patients. I thought, why use my strength? So I made a machine to do it for me. Look, you see it resists your movements in just the right way so those inner muscles really have to work against it. That way you can concentrate on movement. You must always do it slowly and smoothly. Then your whole body is in it." – Joseph H. Pilates 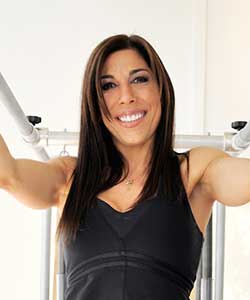 Joann Cuccurullo is the owner and founder of Classic Pilates. In 2006, after 15 years in Real Estate management and sales, Joann decided to focus on her true passion – wellness through Pilates. Her extensive background in the corporate world has helped her excel as a self-employed fitness instructor. Her bachelor’s degree in Education makes her the perfect teacher and her passion makes her a great motivator.

Prior to co-founding Classic Pilates, Joann worked as Pilates director for Cityplace Fitness Club in Uptown. In addition to running the club’s Pilates program, she also acted as its group exercise fitness coordinator. Joann is the former Pilates instructor for the Dallas Regional Chamber of Commerce and consults with film productions on the Pilates method.

Joann’s goal is to help her clients build a stronger, better body so they can enjoy life more fully. She brings her passion to each client through a boutique approach to classical Pilates, by focusing on their individual goals and needs. 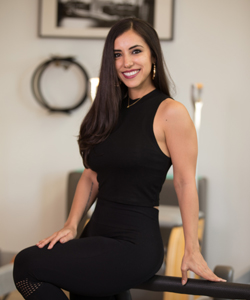 Alicia is dedicated to making her clients feel amazing, from the inside out. Her enthusiasm for fitness began while growing up in a Bordertown and excelling as an athlete in softball, volleyball and Taekwondo. It wasn’t until college that she discovered Pilates via a stack of Mari Winsor DVDs. She fell in love with the art, when she began noticing the changes in her body, stamina and flexibility. She was hooked instantly. She has been practicing Pilates for over 15 years. In 2013, she was certified in Power Pilates Mat I and II. In 2016, she completed the extremely vigorous Power Pilates Comprehensive Program. This extensive program taught her to master the ability of working with people of all ages and fitness levels, with clients ranging from preschoolers to seniors. Alicia has a Bachelor’s of Liberal Arts in Broadcast Management and Public Relations from the University of Texas at Arlington. After working in the Marketing and Sales Industry for over 8 years, she decided to focus on what made her the happiest, and pursue her genuine passion for Pilates full-time. She is also certified in both TRX Suspension Training and Spinning. She enjoys cross training and practicing yoga regularly. 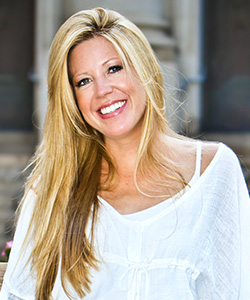 Carrie has always enjoyed working out, running and overall just being fit. She discovered her passion for fitness while working at the award-winning Telos Fitness Center. She wasn't quite instructing yet, Carrie was the Executive Chef, Catering Director and Manager of Chalk Bar and Grill. Prior to Telos, she graduated from Le Cordon Bleu earning her Associates in the Culinary Arts, and she has worked along side with some of your top chefs in Dallas. Carrie made her mark on reality television by appearing on Fox's Hell's Kitchen, where she worked with the internationally renowned chef Gordon Ramsay. After deciding to take a break from the kitchen, Carrie got back into being fit. It was during this time Carrie developed her passion and love for Pilates. After feeling the changes in her own body, inside and out, Carrie was eager and motivated to learn and do more. Carrie is now a Power Pilates Mat I and II certified instructor and looking forward to continuing her education with Power Pilates Comprehensive Program.

Benjamin’s interest in the Pilates Method began in 1989 at the Houston Ballet. After moving to Dallas in 1993, he received certifications in both Pilates and the GYROTONIC METHOD. Throughout the years other interests in the martial arts, swimming and endurance racing have made rehabilitation and functional movement exploration a personal necessity.

Comprehensively certified through The GoodBody's PilateSystem and Peak Pilates, with observation hours with Romana Kryzanowska, a protégé of Joseph Pilates and was supervised during internship by Colleen Glenn. Additional Pilates training under Ron Fletcher and Michelle Larson. Certification for the GYROTONIC EXPANSION SYSTEM® received in 2000 with internship under Juergen Bamberger. The GoodBody's PilateSystem Certification, 100 hours of instruction and 600 hours of observation, mentored teaching and exams for a total of 600 hours, comprehensive certification for all apparatuses. Under the direction of Colleen Glenn, co-founder of the Pilates Method Alliance and program creator. 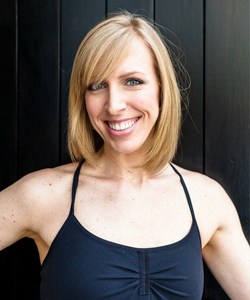 Upon moving to New York City, Haley completed her full certification training in 2005 through STOTT Pilates, with a second certification from Pilates Academy International in Pilates and CARDIOLATES at Pilates on Fifth, with whom she is still affiliated as a Certifying Instructor-Trainer for both programs. CoreAlign, RedCord Active (formerly ActivCore FEX), Pre/Postnatal Pilates and Barre are also a part of her repertoire.

After spending the last 14 years in the Northeast, most recently Boston, Haley is thrilled to be back in Dallas. She loves being able to keep her clients on their toes with exciting and challenging workouts, while still helping them understand the mind/body connections that make Pilates so effective!” 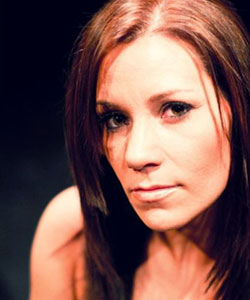 A unique Pilates and REDcord Trainer, Lesley has 30 years of experience teaching a wide variety of different movement styles to people of all ages with diverse goals and needs.

Lesley Snelson’s completed her first comprehensive Pilates certification while attending graduate school for Dance Performance and Choreograph at TWU: “The Method: Shapes in Space” a Comprehensive Mat & Equipment Certification by Colleen Glenn, now known as PEAK Pilates. As with any good steward of the Pilates method, Lesley is always on quest to deepen her understanding of Pilates, and completed Bridge Certification with Power Pilates in 2005 - Mat and Level I/II.

Other certifications include REDcord© Suspension Training thru Get Reformed Pilates where she served as Educational Instructor for Staff from 2011-14, while also becoming a Pilates Method Alliance Trainer (PMA©). Lesley has taught both dance and Pilates in Universities and Colleges all over North Texas. As a Director of Muscle Memory Dance Theatre, she has taught and performed all across the United States and studied internationally. 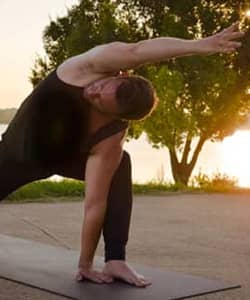 Aaron believes that yoga is not only an incredibly effective form of exercise and relaxation — it’s a complete system that encompasses every aspect of the human experience & can lead to greater fulfillment in this life & beyond. He taught his first yoga class in 2008. Since then, he has taught in gyms, studios, workshops, festivals, & retreats. For the past ten years he’s focused almost exclusively on teaching private, individualized psychotherapeutic yoga. However, he missed group instruction & that desire lead him into our studio. He has been told he teaches in a way that is incredibly easy to follow, accessible to anyone, yet challenging for everyone. OM TAT SAT

We are open and operating at limited capacity for your safety during this time. We have moved the equipment to be 6 feet apart to observe social distancing.